The District Planner has called upon KATC Engineering company .Ltd to have in mind the people of Budaka as they execute their works.This follows a number of issues that keep popping up inline with the structure which clearly depicts what the residents have in mind about the buiding.While addressing the members during the site meeting lastafternoon,the District Planner Mr.Kabise Shaban , on behalf of the Chief Administrative Officer alluded to the contractor to ensure that he puts ramps along the structure for accessibility by all categories of people.He emphasised that the level in which the structure stands calls for more supervision awaiting completion.He also urged him to employ the people of Budaka especially the youth  with skills since its the only way the can benefit."Government picked alot of interest in the building for reasons known like visibility interms of location henceforth,the structure being viewed  as a signature building ,"the District Planner added.He also informed members that the structure was a pledge by His Excellency the President of Uganda to the people of Budaka when he visited North Bukedi.He then appreciated the contractor and his team for the progressive works.He also thanked the government for the support rendered to the district finacially.Balamu Magoola the Chief Finance Officer also asked the contractor to play his part since the invoice is at payment level amidst a number of challenges with the IFMIS.Eng.Charles Mugweri who doubles as the project manager then informed members that the contractor has completed casting the columns,ring beam with partial construction of the block work among others. He added that both the electrical installations and roofing are underway with the internal and external plastering respectively.He further asked the contractor to provide a program schedule inorder to ease supervision.The project Manager also told the contractor to clean up the remaining part of the site since some rooms had been turned as stores.He asked the district officials under the community Based Services to engage the contractor in matters of social safeguard and social safety inorder to avoid accidents while at the site.He then appreciated the contrator the good work doneand assured the team about the timely completion of the work by the contractor as per the contract end timeframe slated for April 2022.The contractor appreciated the district team for their cooperation and promised to complete the works as per the contracte agreement.Hon.Namuseta Flavia on behalf of the District Chairperson emphasised the issue of quality and value for money in  the structure because at the later stage,the blame will fall back on them.She also emphasised the need to see a difference in the structure as compared to other contractors who tend to do shoddy work.The members then agreed on a number of resolutions comprising of more sensitisation of the workers on social safegurad and social safety, by the community department,timely payments of the contractor by the responsible officers and planting of trees among others as a preservation mechanism for the environment.This happens to be the second site meeting for phaseIII construction of the district council chambers  attended by all the site team members of KATC Engineering Co.Ltd and the Heads of Department.The contract that commenced on 28th September 2021 is expected to end by 28th April 2022.So far the physical works achieved stand at 74% and the Financial progress at 59.4%. 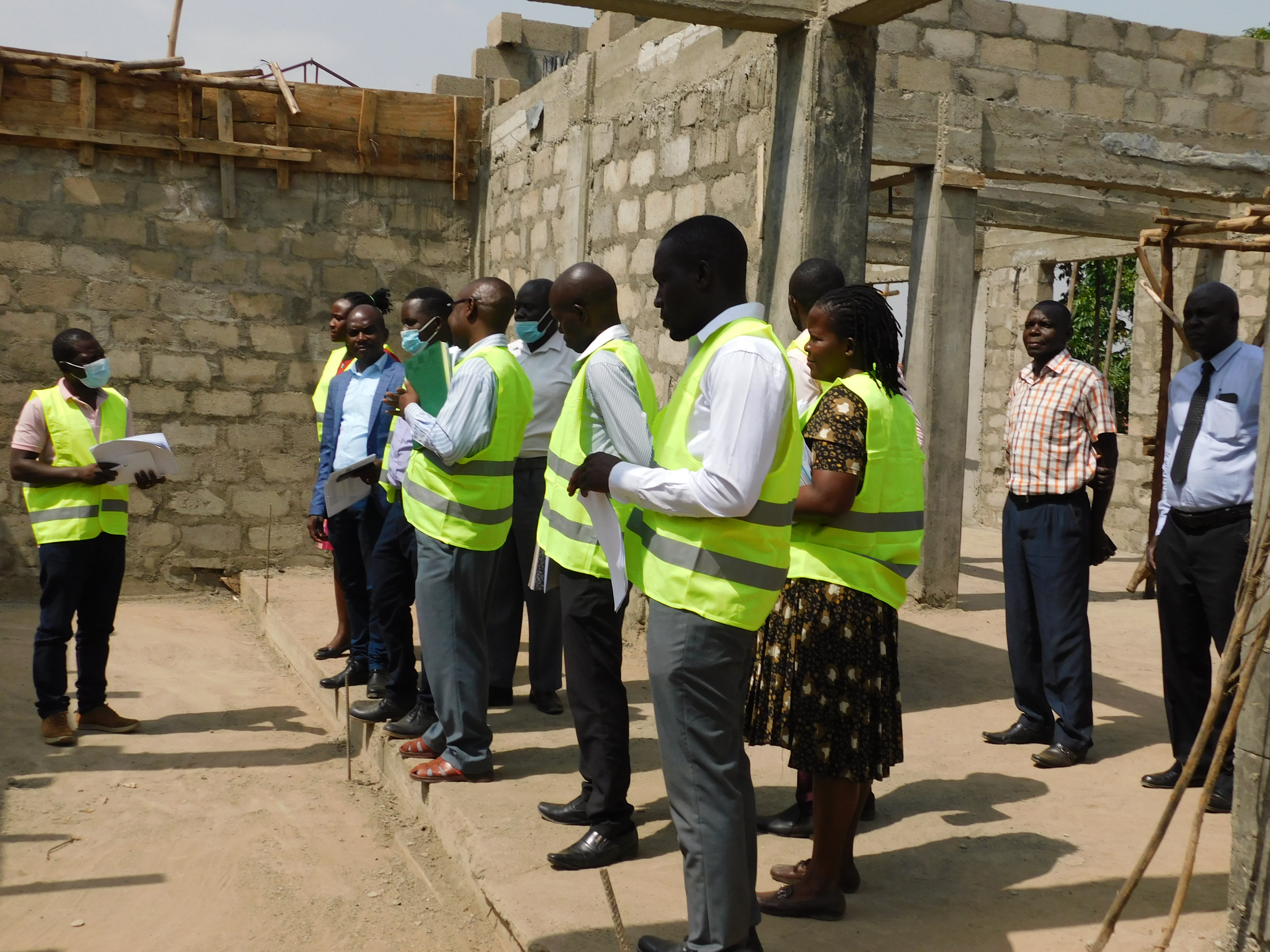